The Story of AR500 Steel-Targets

Generations of avid hunters and shooters are the heart and bones to AR500 Steel-Targets. Time spent at the range in preparation for hunting season, competition shoots, tactile training, safety training, or just for fun is a tradition that has been passed down in our family generation after generation. When you spend countless hours at the range, it doesn’t take long to start forming opinions about the different targets that are currently available. After time, we began to notice that our conversations, while we were leaving the range, were centered more around our frustrations with the un-affordable and inferior targets we were shooting at than the guns we were shooting with.

What could we do about it?

With 75+ years of combined experience in fabricating, welding, and designing metal, we naturally began to tinker with alternate targets that were not on the market yet. When we had come up with a solution to one complaint we had, we would take the target out and see how it held up at the range. Over time, AR500 Steel-Targets was born, and we knew we had to have a product that would withstand shooters who were as serious about their range time as we were.

How do we guarantee that we have quality AR500 steel targets? 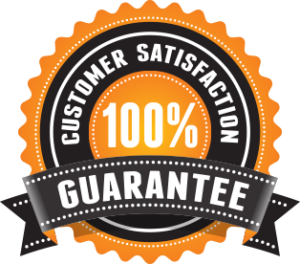 An integral part of our target fabricating process is the testing period. We bring out the other members of our tactical training groups and shoot at our targets with the sole purpose of trying to destroy them. Thousands of rounds hit our targets on testing day. We collect feedback from other avid shooters, and redesign the target until it can withstand the test of time and bullets. This is an essential part of designing a quality target, and the missing piece to targets that are currently on the market.

After we discovered that first target, AR500 Steel-Targets took off. We started to design targets that could be used to play shooting games. Originally designed, so that our youth would put down their phones and enjoy shooting, we found that the adults loved these entertaining targets just as much. We’re constantly designing, re-designing, and testing our products because there is nothing more satisfactory than hearing that “ping” ring through the air, after hitting a quality and affordable steel target.

This website uses cookies to improve your experience while you navigate and shop through the website. Out of these, the cookies that are categorized as necessary are stored on your browser as they are essential for the working of basic functionalities of the website.
Necessary Always Enabled
Necessary cookies are absolutely essential for the website to function properly. These cookies ensure basic functionalities and security features of the website, anonymously.
Functional
Functional cookies help to perform certain functionalities like sharing the content of the website on social media platforms, collect feedbacks, and other third-party features.
Performance
Performance cookies are used to understand and analyze the key performance indexes of the website which helps in delivering a better user experience for the visitors.
Analytics
Analytical cookies are used to understand how visitors interact with the website. These cookies help provide information on metrics the number of visitors, bounce rate, traffic source, etc.
Advertisement
Advertisement cookies are used to provide visitors with relevant ads and marketing campaigns. These cookies track visitors across websites and collect information to provide customized ads.
Others
Other uncategorized cookies are those that are being analyzed and have not been classified into a category as yet.
SAVE & ACCEPT
0
Your Cart
Subtotal:
$0.00
CHECKOUT
BEST SELLING PRODUCTS