What is a Reactive Target?

Reactive Targets provide instant feedback and discipline the shooter to keep their sights on the target in preparation for follow-up shots.  Many military and law enforcement ranges use reactive steel targets for firearms training.  Designs that utilize a torso shape front plate are commonly referred to as Hostage Targets.  In this configuration, the smaller paddle represent the hostage taker and the front plate represents the hostage.

Reactive targets are put simply targets that react when you shoot them. It’s a pretty broad term and it can mean a lot of things, but commonly the target will move or do other things once struck by a bullet. Reactive shooting targets are a lot of fun and are also incredibly useful tool for building marksmanship skills, so don’t just dismiss them as a gimmick for making range days more fun..

Reactive Targets For Every Need. 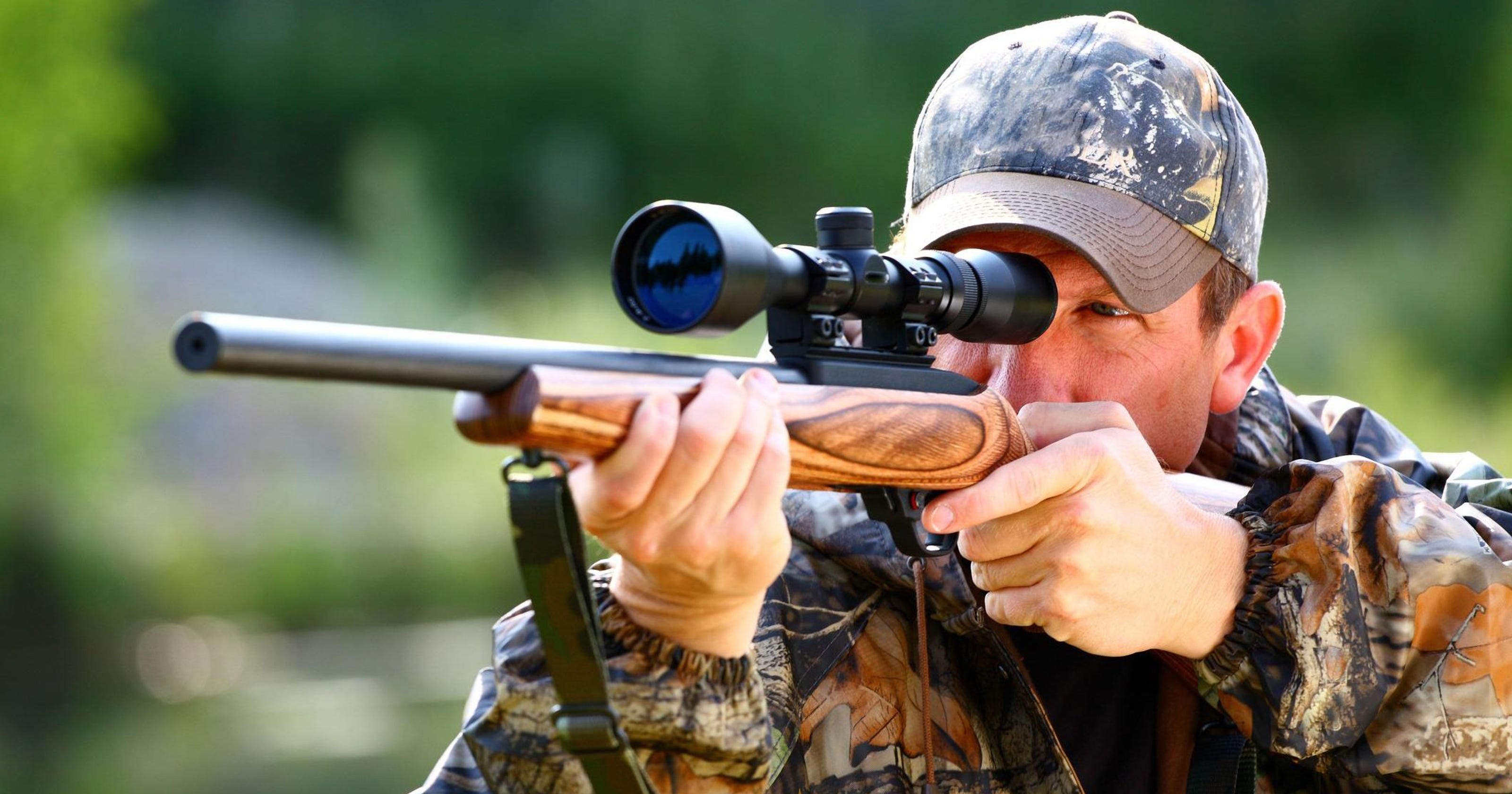 A reactive target can take a number of different forms and serve a variety of needs. There are reactive steel targets, reactive paper targets, and also reactive pistol, rifle and shotgun targets. In short, it’s a shooting accessory that any sort of shooter can use, be they a handgun operator who carries for defense, or hunters of fowl or big game – or both. They’re also great for people who just like to go plinking every now and again. Plenty of people fit all of the above too. The value of reactive targets is many are smaller than a typical paper or other target. A shooter can thus practice placing groups in smaller spaces, a vital skill for anyone who needs to put a round where it needs to go. That’s the basis of good shooting in a defensive situation and a core value of ethical hunting; the former to dispatch a threat and the latter to ensure game is harvested and doesn’t suffer. Whatever kind of shooting you do on any sort of regular or irregular basis, there’s a reactive target that will fit your needs.
There are several types to be aware of. Of course, any trip to the range merits observing proper gun safety. But with that said….

Putting A Spin On Reactive Targets.

One of the most common types of reactive target is of the spinning variety. There’s really not a whole lot to know – you shoot ’em and they spin. Many different types abound. Tree-style spinning targets, for instance, often have a steel paddle mounted to a center pole via a sleeve of some sort. Shoot one and it spins. A common type is the “dueling tree” variety, where each a few targets are oriented to the right and a few to the left, with each side being color coordinated. Two shooters “duel” to see who can hit the most targets, or hit all of them the quickest, etc. There are also single spinning targets, where just one sits on some sort of frame. Steel targets in varmint or other animal shapes are quite popular. Steel is obviously popular, but so is “self-sealing” hard foam or plastic, which swells after a puncture and partially seals the hole, extending the life of the target. Then there are bowling pin targets, where a bowling pin is mounted on a bar. Hit the pin and watch it spin. 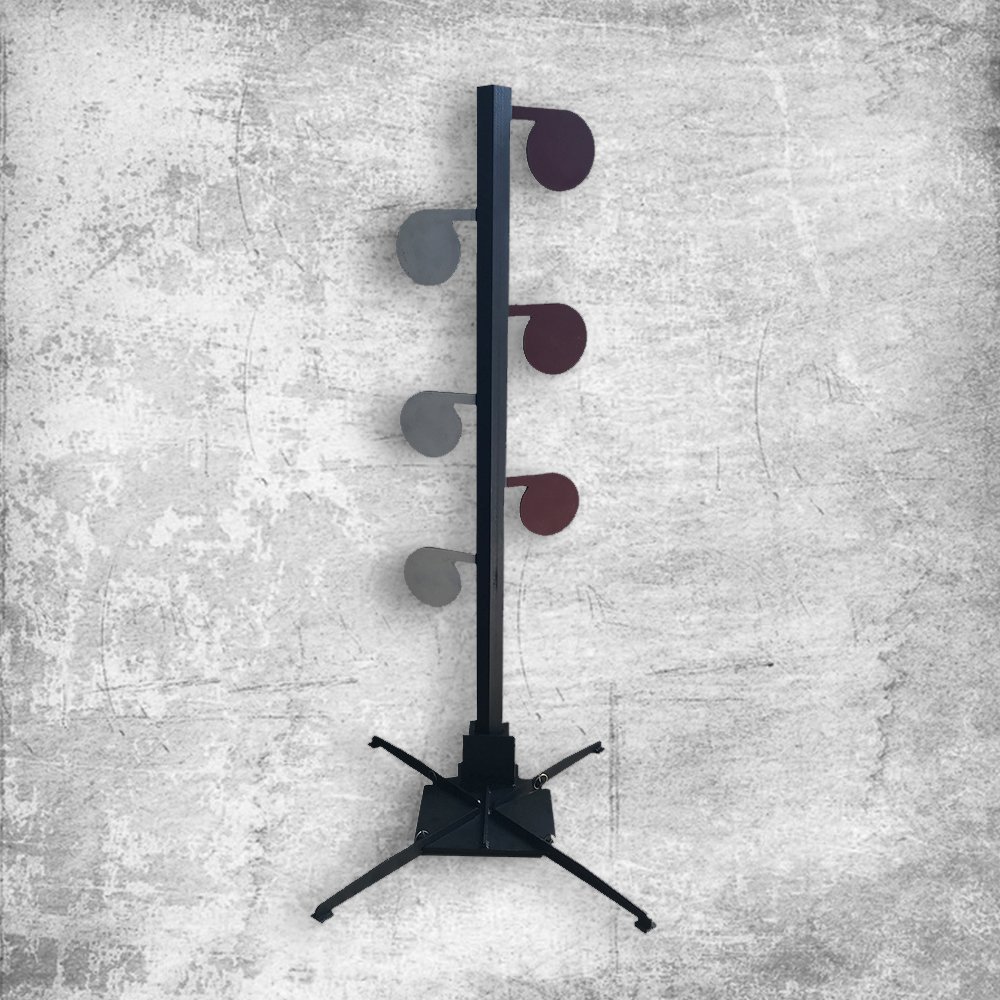 Reactive Targets On The Gong

And now for more…stuff…like gong targets! Gongs are one of the most popular reactive targets and also one of the most valuable forms of marksmanship practice for long-range shooting. For the big-game hunter, a gong target is one of the best. Since so many sizes are available, you can practice grouping shots in smaller spaces at long range. If your aim is put down a deer, elk, moose or other big game animal cleanly, ethically and with minimal suffering, shot placement is absolutely critical. Gong targets are perfect practice. Plus it’s just fun to hear them go “gonnnnng!” 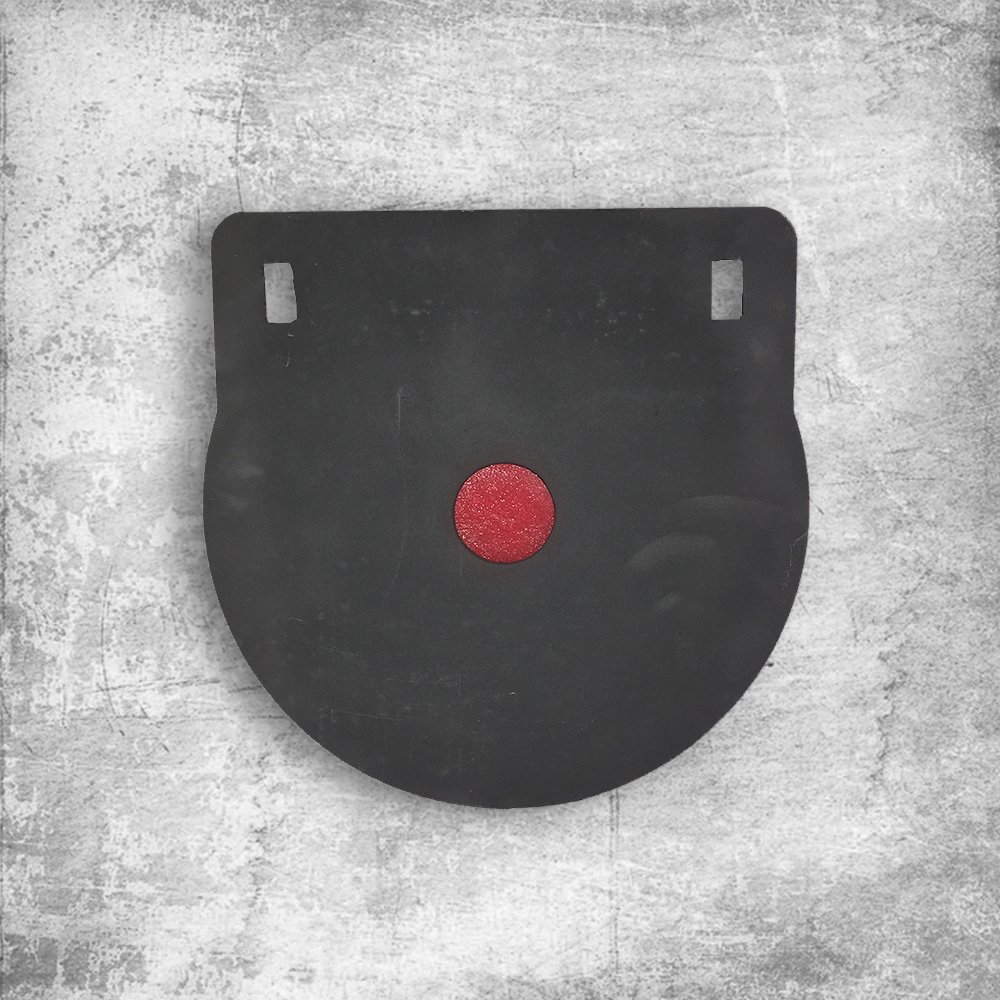 Popping or popper targets are essentially steel paddles that rotate at a base, but have a restricted length of rotation – thus, you shoot one, it goes “ping,” the target falls back but then “pops” back up. Popping targets can also be a suspended plate behind a stationary target, usually about torso-sized. You try to knock the backplate down when you shoot – great practice for trying to hit vitals, whether practicing for a potential attacker or tasty critter destined for the freezer. Jumping targets are designed with triangular legs, so they “jump” when they’re hit but land on their “feet” and stay upright. These can be steel or hard foam. The latter are incredibly light, so if your range bag is a smaller affair, they are a fantastic addition. They can be as large or as small as you like. The smaller jumping targets are fantastic practice, as you have to reacquire the target and aim after every shot, which is great practice for shotgunners who hunt ground-hugging game like rabbits, grouse and the like. Keeping it jumping at a steady clip is reaching expert levels of marksmanship. Some Of The Best Practice Available. 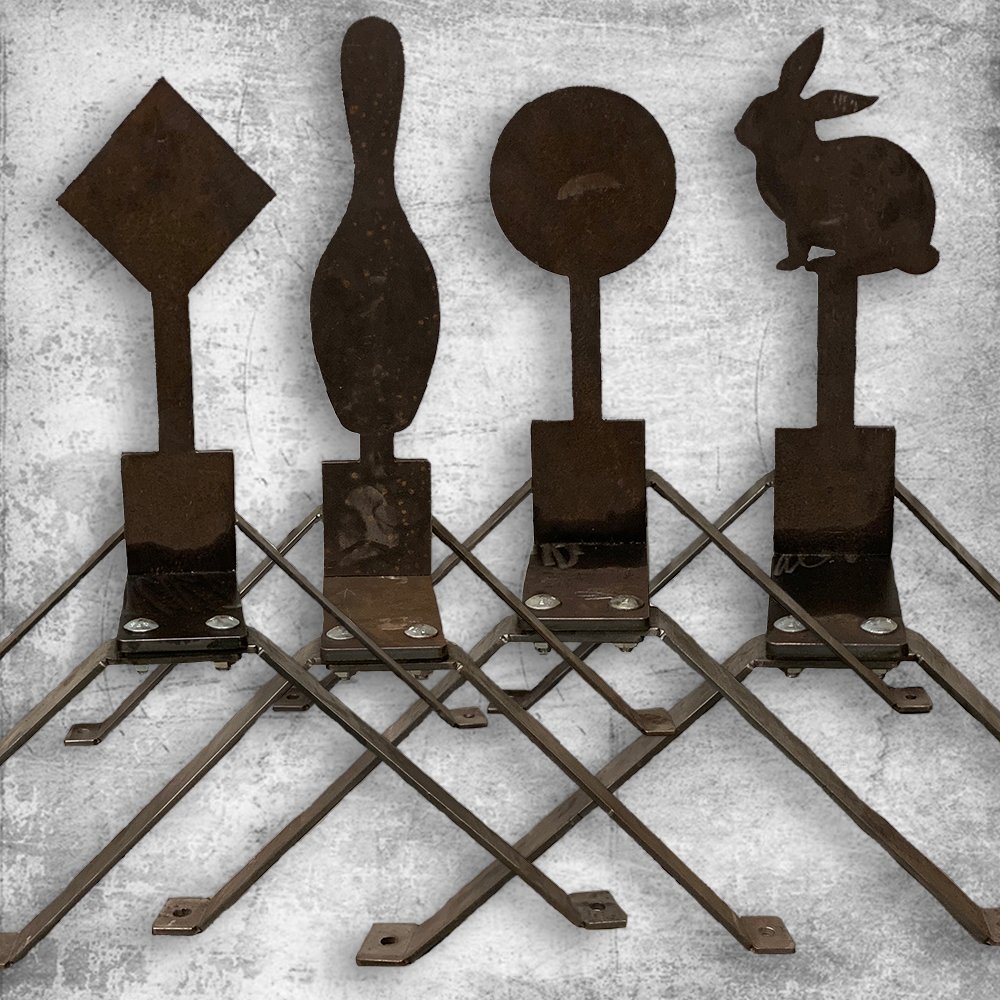 Reactive targets are some of the best shooting practice you can get. Concentrating fire on a smaller location means that over time, a shooter will be able to place a bullet where it needs to go, which is a vital skill both defensively and for acquiring the ultimate bounty of nature..
By AR500 Steel Targets|December 11th, 2020|Categories: AR500 Steel Info|Tags: 3/8" steel, ar500, ar500 steel-targets, challenge targets, gong targets, hostage targets, popping targets, reactive target|

This website uses cookies to improve your experience while you navigate and shop through the website. Out of these, the cookies that are categorized as necessary are stored on your browser as they are essential for the working of basic functionalities of the website.
Necessary Always Enabled
Necessary cookies are absolutely essential for the website to function properly. These cookies ensure basic functionalities and security features of the website, anonymously.
Functional
Functional cookies help to perform certain functionalities like sharing the content of the website on social media platforms, collect feedbacks, and other third-party features.
Performance
Performance cookies are used to understand and analyze the key performance indexes of the website which helps in delivering a better user experience for the visitors.
Analytics
Analytical cookies are used to understand how visitors interact with the website. These cookies help provide information on metrics the number of visitors, bounce rate, traffic source, etc.
Advertisement
Advertisement cookies are used to provide visitors with relevant ads and marketing campaigns. These cookies track visitors across websites and collect information to provide customized ads.
Others
Other uncategorized cookies are those that are being analyzed and have not been classified into a category as yet.
SAVE & ACCEPT
0
Your Cart
Subtotal:
$0.00
CHECKOUT
BEST SELLING PRODUCTS